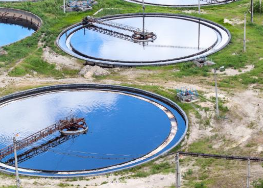 Microbial electrochemistry is an emerging and rapidly growing environmental technology field that has transformed the way in which wastewater is not only treated, but can be utilized as its own source of renewable energy. 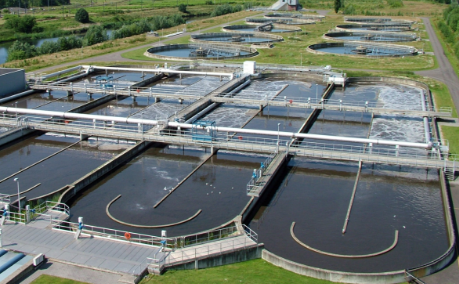 In an effort to continue working towards developing more efficient, inexpensive and environmentally friendly ways to generate electricity, a number of Researchers around the world have been developing this technology for a number of industrial purposes. In a recent study published by the Journal of Power Sources, a team of Researchers from the Department of Biological and Environmental Engineering at Cornell University has developed a carbon nanofiber electrode capable of increasing the electric current produced by their own bioelectrochemical system (BES).

Led by Largus Angenet, the team of Cornell Researchers, in collaboration with Northeastern University, created an electro-spun carbon nanofiber electrode that is coated with the conductive polymer material poly(3,4-ethylenedioxythiophene), which is also referred to as PEDOT.

As a well-known electrode coating that has been noted for its high chemical stability, moderate band gap, low redox potential, consistently high electrical conductivity at a neutral pH, as well as its high capacitance.

PEDOT deposition on electrodes has not only shown a dramatic increase of 10-50% greater power production in its commercial applications, it is also a significantly cheaper option as compared to the traditional platinum catalyst. Electro-spun polyacrylonitrile (PAN) pieces were manufactured and subsequently converted to carbon nanfiber (CNF) electrodes that were utilized in BESs inoculated with Geobacter sulfurreducens and eventually coated with PEDOT2.

To test the conductivity, fiber diameter, specific surface area and porosity of the newly developed electrodes, the Researchers utilized Rama spectroscopy, Fourier transform infared (FTIR) spectroscopy, as well as cyclic voltammetry tests to further analyze the electrochemical properties of the electrodes. By functionalizing electro-spun CNF, a conductive material known for its high porosity, biocompatibility, ease of production and customizability, with PEDOT, the Researchers found the current produced by this system showed 40-50% improvements as compared to those equipped with platinum or carbon nanotubes.

The addition of the PEDOT coating to the electrode was found to increase the specific surface area by 85%, which has been postulated to increase the current production of the system by increasing the amount of biologically available area for the microbial source to interact with2.