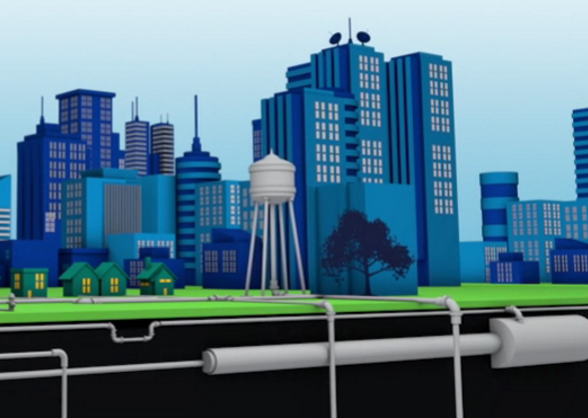 A Pennsylvania judge has sentenced Adam Flanagan, 42, of Bala Cynwyd, PA to one year and one day in prison for hacking and damaging the IT networks of several water utility providers across the US East Coast.

The sentence was passed down for crimes committed in the spring of 2014.

According to court documents obtained by Bleeping Computer, Flanagan worked between November 2007 and November 2013 for an unnamed company that produced smart water, electric, and gas readers.

Flanagan's role with the company was as an engineer tasked with setting up Tower Gateway Basestations (TGB) for the manufacturer's customers, which were mainly water utility networks. In modern water grids, TGBs collect data from smart meters installed at people's homes and relay the information to the water provider's main systems, where it is logged, monitored for incidents, and processed for billing.

Things turned sour when Flanagan's employer fired him on November 16, 2013, for undisclosed reasons. This didn't sit well with Flanagan, who used his knowledge of the TGB stations he installed to access these devices and disable their ability to communicate with their respective water utility providers' upstream equipment. The former employee also changed passwords to offensive words on some TGBs.

Flanagan faced up to 90 years in prison, $3 million fine

After tracing the attacks back to Flanagan, US authorities filed charges on November 22, 2016, and arrested the suspect and seized his computer a day later.

At the time of his arrest, Flanagan faced a maximum sentence of 90 years in prison, plus a $3 million fine. He pleaded guilty on March 7, 2017, before receiving his sentence on June 14, 2017.