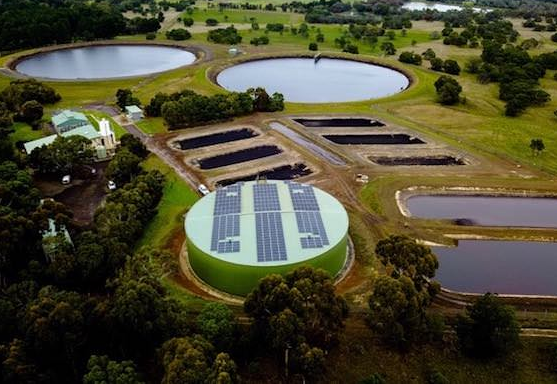 Victorian utility Wannon Water is laying claim to the first large-scale solar system to be put on a utility water tank in Australia, with a 100kW array newly installed on its water treatment plant at Hamilton. 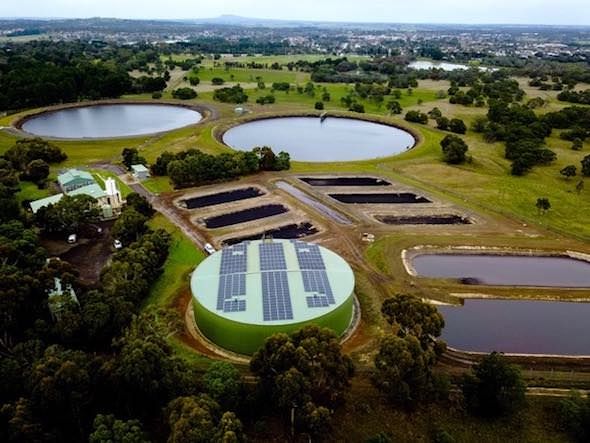 Image via One Step Off the Grid

Wannon Water says it believed it is the first large-scale solar system to be installed on the roof of an Australian water utility tank, and says this will help to unlock the future potential for this type of installation for the Australian water sector.

It expects the 344 “high-efficiency” panels on the roof of the clear water storage tank will reduce the plant’s demand on the electricity grid by 25 per cent and cut greenhouse gas emissions by 150,000 kilograms each year.

It expects the $120,000 system to pay for itself in seven years through reduced energy use, and will mean that on some days the entire water treatment plant can be powered by renewable energy.

“On sunny days, the entire water treatment plant can be 100 per cent powered by renewable energy, with any excess being exported to neighbouring properties via a grid connection,” project manager Murray Dancey said in a statement.

“On its first full day of operation, the system produced enough energy to supply 70 per cent of the daily requirements for the plant which produces clean drinking water for Hamilton, Dunkeld and Tarrington.”

Contractors installed the panels on racking systems across the roof which have the advantage of being above any shading from trees or adjoining buildings. Temperature and irradiance sensors provide data to assist with automatic management.

Read full article: One Step Off the Grid