Fuel out of Sewage 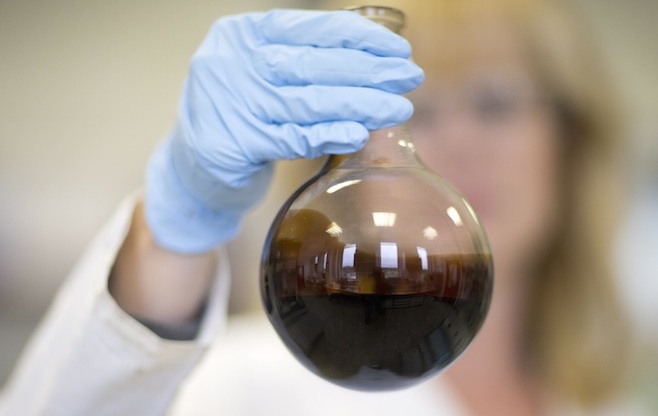 Hydrothermal liquefaction mimics the geological conditions the Earth uses to create crude oil, using high pressure and temperature to achieve in minutes something that takes Mother Nature millions of years.

It may sound like science fiction, but wastewater treatment plants may one day turn ordinary sewage into biocrude oil, thanks to new research at the Department of Energy’s Pacific Northwest National Laboratory. 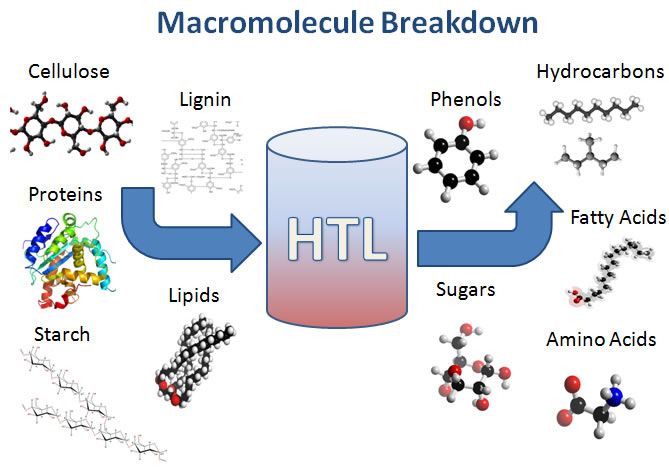 Hydrothermal liquefaction (HTL) is a thermal depolymerization process used to convert wet biomass into crude-like oil, sometimes referred to as bio-oil or biocrude, under moderate temperature and high pressure.

The result material is similar to petroleum pumped out of the ground, with a small amount of water and oxygen mixed in. This biocrude can then be refined using conventional petroleum refining operations.

That amount could produce the equivalent of up to approximately 30 million barrels of oil per year.

PNNL estimates that a single person could generate two to three gallons of biocrude per year. Sewage, or more specifically sewage sludge, has long been viewed as a poor ingredient for producing biofuel because it’s too wet.

The approach being studied by PNNL eliminates the need for drying required in a majority of current thermal technologies which historically has made wastewater to fuel conversion too energy intensive and expensive. 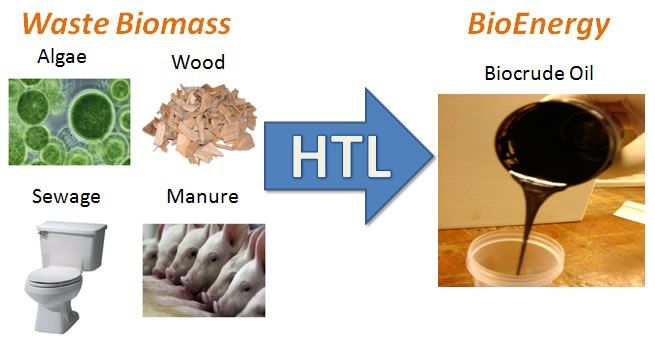 HTL may also be used to make fuel from other types of wet organic feedstock, such as agricultural waste. Using hydrothermal liquefaction, organic matter such as human waste can be broken down to simpler chemical compounds.

The material is pressurised to 3000 pounds per square inch — nearly one hundred times that of a car tyre. Pressurised sludge then goes into a reactor system operating at about 350 degrees Celsius. The heat and pressure cause the cells of the waste material to break down into different fractions — biocrude and an aqueous liquid phase.

“There is plenty of carbon in municipal wastewater sludge and interestingly, there are also fats,” said Corinne Drennan, who is responsible for bioenergy technologies research at PNNL.

“The fats or lipids appear to facilitate the conversion of other materials in the wastewater such as toilet paper, keep the sludge moving through the reactor, and produce a very high quality biocrude that, when refined, yields fuels such as gasoline, diesel and jet fuels.”

In addition to producing useful fuel, HTL could give local governments significant cost savings by virtually eliminating the need for sewage residuals processing, transport and disposal.

“The best thing about this process is how simple it is,” said Drennan. “The reactor is literally a hot, pressurised tube. We’ve really accelerated hydrothermal conversion technology over the last six years to create a continuous, and scalable process which allows the use of wet wastes like sewage sludge.”

An independent assessment for the Water Environment & Reuse Foundation calls HTL a highly disruptive technology that has potential for treating wastewater solids. WE&RF investigators noted the process has high carbon conversion efficiency with nearly 60% of available carbon in primary sludge becoming bio-crude. The report calls for further demonstration, which may soon be in the works.

In addition to producing useful fuel, HTL could give local governments significant cost savings by virtually eliminating the need for sewage residuals processing, transport and disposal.

In addition to the biocrude, the liquid phase can be treated with a catalyst to create other fuels and chemical products. A small amount of solid material is also generated, which contains important nutrients. For example, early efforts have demonstrated the ability to recover phosphorus, which can replace phosphorus ore used in fertiliser production.