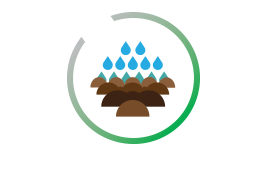 Excessive growth of filaments and biopolymers in activated sludge should be controlled in CPI wastewater-treatment plants.

The sticky behavior of such sludge can be minimized by the addition of polyaluminum chloride.

For a classic activated-sludge wastewater-treatment plant (WWTP) to work effectively, the sludge flocs need to have good settling properties. Good floc formation allows for an efficient solid-liquid separation to be carried out, after the sludge has removed the organic contaminants from the wastewater in the biodegradation basin.

Efficient solid-liquid separation between the sludge and the treated wastewater is typically carried out using simple gravity settling in the final clarifiers to yield a solids-poor effluent stream.

Filamentous bacteria are to blame

It is equally important, during downstream sludge processing, for the sludge to have good dewatering and drying properties, in order to minimize operational issues that can arise in these crucial solid-liquid separation steps.

Solid-liquid separations can be quite problematic due to the “sticky phase” of the sludge.

This occurs when sludge is dewatered in part and its physical consistency becomes that of a pasty product that exhibits a high affinity to adhere to the dewatering or drying equipment. This stickiness is caused by the extracellular polymeric substances (EPS), which are produced by the microorganisms and have a glue-like or slimy consistency. This characteristic creates a formidable challenge in WWTPs used routinely throughout the chemical process industries (CPI).

In addition to conventional microorganisms, filamentous microorganisms may be present in the activated sludge. These are microorganisms that grow in long strands and are, among other things, characterized by a much larger volume and surface area compared to the usual activated sludge flocs. In an “ideal sludge floc,” conventional floc-forming bacteria and filaments — which are retained mainly  inside  the flocs — are balanced, and the filaments provide a backbone to support floc growth and, in this way, the filaments strengthen the flocs.

When there is copious growth of filaments, the filaments themselves lead to bridging between the flocs, and a phenomenon known as “filamentous bulking” occurs. This translates into extremely poor sludge-settling and compacting characteristics. Because the filaments occupy a large volume, the sludge as a whole cannot settle efficiently.

This article discusses why the excessive growth of filaments and excessive EPS production should be controlled in the WWTPs that are used in CPI operations. In particular, filamentous bacteria produce a variety of negative effects on

The article also discusses how the stickiness of the hard-to-handle waste sludge that is produced when filamentous bacteria are present can be reduced by adding polyaluminum chloride (PACl) to it. The addition of PACl can help to address the operational issues that WTTP operators often encounter during sludge dewatering and drying when sticky sludges are present.

There are more than 30 filamentous bacteria known that can be present in activated sludge. One of them is the filament  Nostocoida limicola,  which showed up in the activated sludge in a Monsanto WWTP.

This bacterial population thrived as a result of insufficient phosphorus nutrient in the feed stream to our biodegradation basins, and an insufficient feed-to-biomass (so-called F/M) ratio. Under substrate- and P-nutrient-limiting conditions, these filaments benefit from their inherently high surface area and are able to gain access to scarce essential materials, and this allows them to maximize their growth at the expense of the development of conventional floc-forming bacteria.

Concomitantly with filaments appearing in the sludge in the WWTP discussed here, the resulting shortage of P nutrients also led to increased growth of jelly-like EPS. These biopolymers appear as hazy, fluffy-looking “clouds.”

The microorganisms produce larger amounts of these EPS when there are insufficient P and N available. Specifically, when the organisms are not able to produce sufficient P- and N-containing cell material from the breakdown of the organic components in the wastewater, they will, instead, start producing more extracellular polysaccharides.

The settling ability of a sludge is measured by means of the sludge-volume index (SVI), which expresses the volume (in mL) that 1 g of activated sludge (referring to dry solid matter) occupies after 30 min of settling.

The SVI is determined using an easily performed sedimentation test in the laboratory, in accordance with the Dutch norm NEN 6624.

Using this test method, the mixed-liquor sample taken from the biodegradation basin is initially diluted with final clarified water, to obtain a settled volume in the range from 200 to 300 mL/L. The SVI of 1,230 sludge samples (covering a 12-year period, from 2003 until 2015), as a function of the sludge’s inorganic fraction.

This inorganic fraction is another important sludge-quality parameter, determined as the complement of the sludge’s volatile (organic) fraction, which is determined according to APHA Standard Methods. The data are further stratified according to the type of sludge — that is, conventional sludge flocs (data points are shown in black color;  N = 914) and sludge with filaments (data points are shown in red;  N = 316).

The inorganic fraction has a major influence on the SVI. For instance, a higher inorganic fraction produced a heavier floc, and this led to better sludge-settling capabilities, which is represented by a lower SVI value (Note: The WWTP discussed here handles a stream that is characterized by varying and sometimes high levels of calcium).

So-called “ideal sludge flocs” are characterized by a maximum SVI of about 120 mL/g, which was attained at a low inorganics fraction of 15%. On the other side of the inorganics spectrum (at an inorganics rate of 90%), the SVI is as low as 20 mL/g.

As discussed earlier, the presence of filaments has a clear detrimental impact on sludge settling. At a high inorganic fraction (for instance, 70%), the negative impact of the filaments remains limited. In the WWTP discussed here, the average SVI increases from 25 to 50 mL/g. This still yields a sludge with very good settling qualities.

However, when the heavy inorganic fraction decreases as a result of less well-precipitated solids enmeshing within the floc structure, the filaments have a more pronounced negative effect on the SVI.

For instance, at a 40% inorganics level, the SVI reaches 150 mL/g on average, due to the presence of filaments, instead of 60 mL/g. When very severe filamentous bulking problems are experienced, the SVI can be as high as 700 mL/g.

The elevated SVI induced by the filaments does not necessarily imply that the final clarifier effluent will have a poor quality.

However, if the SVI becomes so high that the increased sludge blanket in the clarifier causes the sludge to overflow in bulk, the resulting clarifier overflow would be of very poor quality.

To avoid this scenario one needs to keep the amount of filaments under control, for instance, by adding the needed P nutrient in this specific case.

On the other hand, readers should note that when filaments are present, they can also help to provide clear supernatant on top of the sludge blanket in the clarifier. For instance, when the conventional flocs disintegrate as a result of the loss of bridging divalent cations (such as Ca +2), the disintegrated sludge flocs — which will not settle well — are retained by the matrix the filaments create. In this case, the filaments themselves act as a filter for the smaller particles that would otherwise result in turbid effluent.

For the filamentous sludge, compaction seems only to begin at higher compaction pressures beyond 40 kPa, whereas at 40 kPa the compaction of the conventional sludge flocs has already attained its plateau of maximum achievable dryness.

At this compaction pressure, the cake dryness is reduced from 20.4% for conventional flocs, to only 15.7% for the filamentous sludge. This resulted from the stretched floc structure.

The detailed laboratory procedure used to map the sludge’s sticky phase can be found in Ref. 9, and for a short discussion. The mapping of the sticky phase for activated sludge has a 50% inorganic fraction.

The most striking observation that can be made regarding the range of DS values that will yield a sticky phase is that the sludge with filaments has a markedly widened sticky phase — from roughly 25–70% DS. This is a significantly wider range compared to the sticky phase of the conventional sludge flocs (which is typically 25–40% DS) for sludge with approximately 50% organic fraction.

For both types of sludge discussed here (and in general, for all sludges), the drastic decrease in stickiness — once the sludge has passed through the sticky phase by dewatering, beyond 70% DS and 40% DS, respectively for the two sludges studied in this article — is attributed to the development of gaps at the interface between the contact surface of the equipment and the sludge, which lowers the sludge adhesiveness.

The surface defects are the result of the increasing concentration of the EPS — which increases as an overall proportion of the sludge as the sludge is being dewatered — to such a degree that these sticky biopolymers cannot unfold anymore on the entire contact surface. This results in the suddenly reduced stickiness that is observed.

For the filamentous sludge, the extended sticky phase is thought to be the result of the network that is produced by the filaments. This network allows for the EPS (which are intertwined with this framework of filaments) to expand the dryness region whereby the EPS can still spread out on the interface, prolonging the sticky phase of filamentous sludge. Hence, filaments may further compromise the sludge dewatering and drying units used in many CPI operations, by reinforcing (extending) the sticky phase caused by the EPS.

Three tactics are available to cope with the sticky phase of sludge that occurs during sludge dewatering and drying operations. One of them — sludge conditioning by the addition of polyaluminum chloride (PACl) — is discussed further here. A key feature of these PACl solutions is that they contain highly charged polycations, [AlO 4 Al 12 (OH) 24 (H 2 O) 12 ] 7+, mostly referred to as Al 13 -polymers.

A model of these intriguing superstructures is presented in Figure 7, with a so-called ball-and-stick model. As is clear from the structural formula and the model, 12 molecules of hydration water are present in one molecule of Al 13 -polymer. At high PACl dosages, the Al 13 -polymers tend to form voluminous clusters sizing a few micrometers.

The effect of PACl addition to the sludge, at a dosing rate of 200 g PACl per kg MLSS (MLSS = mixed liquor suspended solids), was evaluated, to determine its effect on the stickiness of the filamentous sludge. The PACl used is PAX-14.

PACl-treated sludge barely experiences a sticky phase, thereby significantly simplifying sludge-dewatering operations. This salient and welcome feature of PACl is proposed to occur as a result of the bound hydration water of the Al 13 -polymers which, once attached to the exterior of the sludge floc structure, enables aquaplaning for the sticky polymers.

The differences in the adhesiveness of the untreated filamentous sludges are likely due primarily to non-identical sampling times, as both sludges have the same SVI of approximately 160 mL/g.

This time, the stickiness was evaluated only at 25, 35 and 50± 2% DS (DS = the dry substance that remains after sludge dewatering). The Analysis of Variation (ANOVA) table (with the dryness of the dewatered sludge cakes rounded to 25, 35 and 50% DS) indicates that 97% of the variation in the observed shear stress is explained by the induced variation in cake dryness and sludge conditioning, with the PACl dosing solely accounting for 80% of the variation in the stickiness. For the sludge studied, increasing the PACl dosing from 100 to 200 g/kg MLSS is recommended, to facilitate sludge handling during the dewatering/drying treatment step.