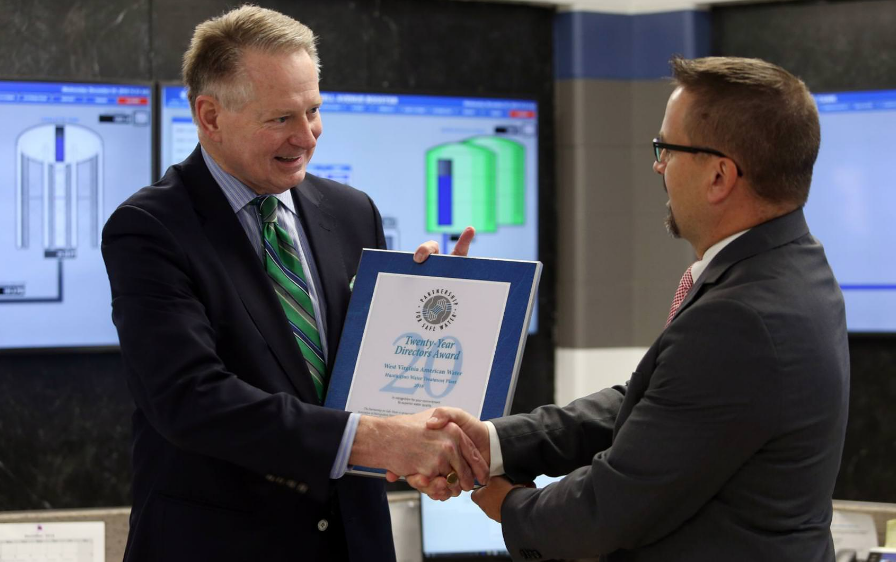 West Virginia American Water’s Huntington Water Treatment Plant has accomplished what only nine other water systems from across the country have achieved, an award for superior water quality for 20 years in a row. 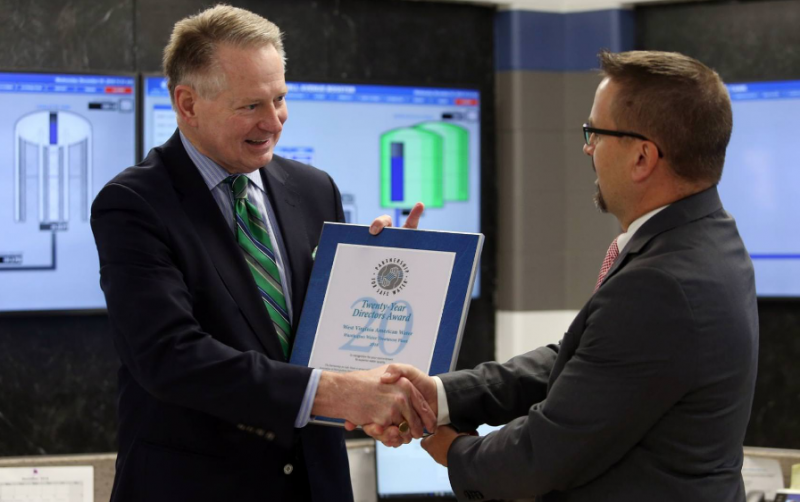 The Partnership for Safe Water, an initiative by the U.S. Environmental Protection Agency and the country’s six largest water organizations, has given Huntington's water system the "20-Year Directors Award."

The award recognizes water suppliers that consistently surpass EPA regulatory requirements, and in Huntington’s case, it has received the award for 20 consecutive years.

“It’s not an easy award to achieve, so to just get it one year would be an extremely proud accomplishment, but to get it 20 years, it just sets the table,” said Brian Bruce, president of West Virginia American Water.

Bruce presented the award to plant operators and water quality staff on Wednesday, congratulating them for the achievement. Only one other water plant within the American Water network, which serves more than 15 million people in 47 states and Ontario, Canada, has won the award for 20 years in a row, he said.

Williams said the water company has gone above and beyond to provide reliable water for residents in Huntington and Cabell County.

Read this news in full on  Herald Dispatch