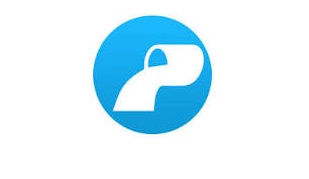 Are systems designed to remove  micropollutants from wastewater treatment plants enough to protect lakes and rivers?

Many of us think nothing of flushing some expired medication, washing our faces with a fancy foaming cleanser, or attacking a mouldy shower with a heavy-duty detergent. But putting these substances down the drain can harm the environment, just like tossing litter onto the ground can.

Many pharmaceuticals, personal care products and household chemicals contain compounds called “micropollutants”. The term can describe microscopic traces of chemicals, or pollutants that are visible to the human eye, such as bits of plastic or foam under 5mm in diameter. They are also found in industrial fertilizers and pesticides.

Once they enter the sewage system, micropollutants make their way to wastewater treatment plants (known in French-speaking cantons as 'stations d’épuration des eaux ' , or STEPs) with the rest of urban waste. Problem solved, right?

Wrong. According to the Swiss environment ministry’s National Surface Water Quality Monitoring Programme, wastewater treatment plants in Switzerland allow most micropollutants to pass through untreated – and can even exacerbate micropollutant contamination.

“Many substances used in daily life end up in wastewater and go into rivers. If you look at measurements in the Rhine river for example, you see more and more substances in higher and higher concentrations as you go downstream,” says Christian Abegglen.

There are no documented negative effects on human health due to micropollutants. But as Abegglen – an engineer at Switzerland's largest wastewater treatment plant, the Werdhölzli STEP in Zurich – puts it: “many rivers are used as drinking water sources, and these substances do not belong in drinking water.”

Because micropollutants are very small and present in low concentrations, they can easily sneak through STEP wastewater filters. Worse, the microbes that STEPs use to break down organic waste cannot digest the chemicals in micropollutants. The upshot is that STEPs end up releasing contaminated water into lakes and rivers.

Abegglen leads a Swiss Wastewater Association team dedicated to facilitating a Swiss government programme to equip 100 STEPs with anti-micropollutant technologies. The goal of the programme, which came into force on January 1 2016, is for each STEP to filter out 80% of all micropollutants.

To achieve this goal at the Werdhölzli STEP, which serves roughly 440,000 people, construction is underway to install a process called ozonation.

"Ozone is an aggressive gas. We add it to the cleaned wastewater, and it then attacks the micropollutants and actually destroys the molecules. There are some fragments leftover, which are less toxic or non-toxic, and so the negative effects that we see in the wastewater after that are gone,” Abegglen explains.

Ozone gas is generated from oxygen and electricity at the STEP. After being used to treat the wastewater, the gas is completely removed, and only oxygen is expelled at the end of the cycle. It’s a clean and effective process, but there are drawbacks: it is energy-intensive, and can leave behind harmful by-products such as bromate, which must be tightly controlled.

When construction is finished in 2018, the Zurich facility will join two other successfully retrofitted STEPs in Dübendorf, canton Zurich, and Herisau, canton Appenzell Outer-Rhodes.

The verdict: of 111 sites sampled between 2011 and 2014, 30% qualified as “seriously degraded” in terms of their ability to support their natural biological and ecological functions – from serving as a rich habitat for fish and other aquatic organisms, to providing safe drinking water for humans.

The Swiss government programme to upgrade 100 STEPs near some of the nation’s most heavily used waterways is the result to a modification of the federal law on water protection. The project is expected to cost CHF 1.2 billion ($1.2 billion), and its financing model includes a wastewater tax of up to CHF 9 per person until 2040. The tax will be removed once adaptation of the STEPs is complete.

Selected STEPs can choose between two micropollutant-fighting technologies (or a combination of the two): powdered active charcoal, which physically traps pollutant molecules in a carbon filter; and ozonation, which does not remove pollutants, but renders them chemically inert by oxidising them with ozone gas.

“That doesn’t go in the sewer!”

The Bachwis STEP in Herisau offers the following list to help citizens remember what should not go down the drain: