Israel Recycles 90% of Its Wastewater 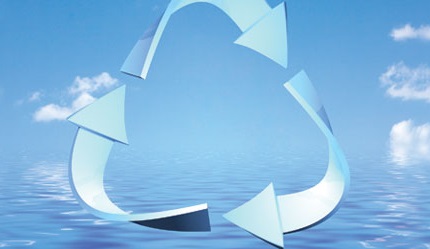 Almost ninety percent of Israeli wastewater is purified and used in irrigation, making it an undisputed world leader in this field. 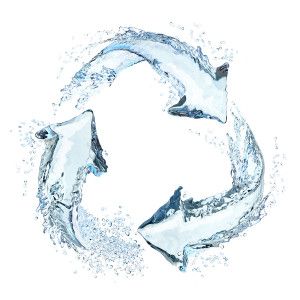 While desalinization can be energy intensive and expensive enterprise, the advanced technologies employed at Sorek allow it to produce a thousand liters of drinking water — about what one person in Israel uses in a single week — for 58 U.S. cents.

In Israel 85 percent of that highly purified sewage gets reused for agriculture. Another 10 percent is used to increase river flow and fight forest fires. Only five percent is released into the sea.

Like the others, this Israeli innovation long predates the dotcom era, going all the way back to the 1950s. Understandably, farmers were a bit squeamish at first about using sewage for food production, and a huge amount of work had to go into figuring out how to keep both the food and the sources of fresh water—some of them in aquifers beneath the farms—free of toxins.

The big breakthrough came in the 1970s, when seven municipalities in the Tel Aviv area experimented with pumping wastewater into sandy dunes about eight miles south of the city. The sand, it was hoped, would act as a natural filter, directing the water over time into a nearby aquifer. It worked!

The treated water was pumped further south, where it is now used in agriculture.

The natural process takes about six months to a year, but what comes out the other end is nearly fresh, usable for anything but drinking.

By the 1990s, Israel had built a vast series of treatment facilities and a reservoir infrastructure capable of treating, storing, and delivering reclaimed water from the sewage of nearly every municipality in the country.

Today, nearly half the water used for agriculture in Israel comes from highly treated waste.