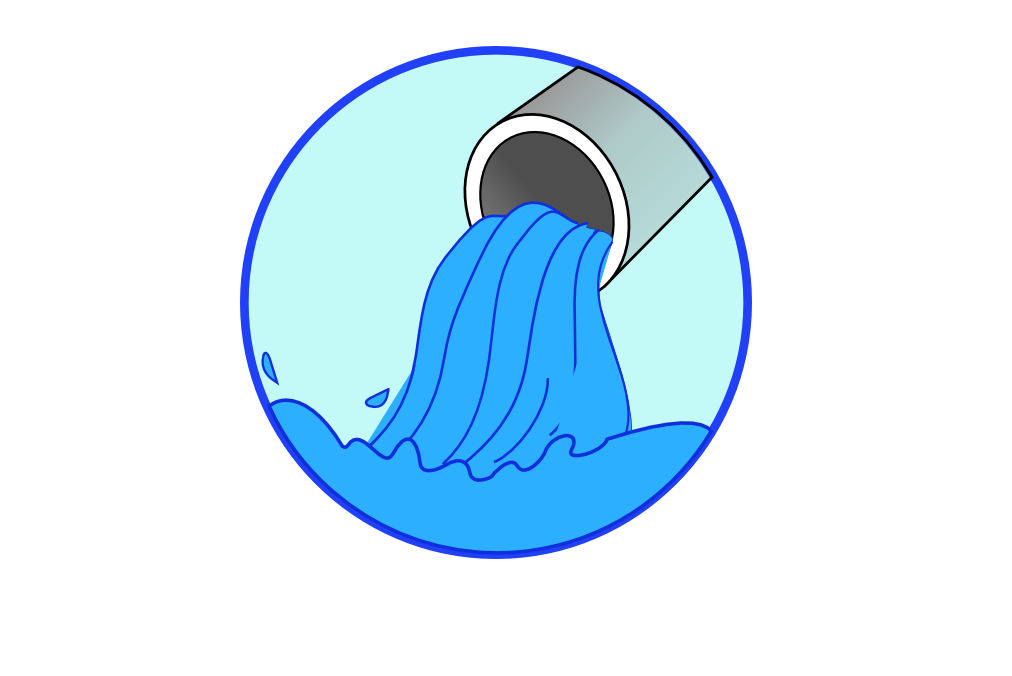 Every community should have a way of disposing of sewage so that people, animals and flies cannot touch it. This is called a  sewage system.

There are different types of sewage systems which can be described as  on-site systems  and  sewage  or  effluent systems.

An on-site system is one which treats the sewage in a septic tank so that most of the sewage becomes effluent and is disposed of in an area close to the house or buildings. An example of an on-site disposal system consists of a septic tank and leach drains.

A sewage or wastewater system disposes of the effluent from a community at a central place usually called a  sewage lagoon  or  effluent pond . The sewage can be treated:

All the liquid waste from the toilet, bathroom, laundry and sink goes into pipes which carry it to a  septic tank . The effluent from the tank is then disposed of through effluent disposal drains often referred to as  leach  or  French drains.  Both of these methods of disposing of liquid waste are  on-site disposal systems.  They must be installed and maintained properly.

In these systems, the effluent is soaked into the surrounding soil. Some soils don't allow good soakage such as clay or similar soils; if there are any problems with this disposal system a local government EHO should be consulted to talk about the problem.

All the sewage from the toilet, shower, laundry and other areas enters waste and sewer pipes directly and is pumped to a lagoon.

A household septic tank usually consists of two round concrete tanks with lids placed close to each other. They are connected by a pipe. This type of septic tank is designed to be used by up to 10 people. Round tanks are constructed (built) at a factory and transported to the site (place) where they are to be used.

A round septic tank system

A septic tank can also be a single rectangular concrete tank with a dividing wall in it. A rectangular septic tank is designed to be used by more than 10 people and is often used for sewage treatment at a lagoon. The tank is constructed on the site where it is to be used.

Septic tanks are always divided into two sections, the first being twice the size of the second. In round septic tanks, the separation into two tanks provides this division. In rectangular tanks the dividing wall provides the division. This wall will have a hole in it below the level of the sewage to allow effluent to pass from the first to the second section.

There are many regulations (rules) which require septic tanks to be constructed, positioned and installed in a particular way. These rules are controlled by local authorities.

It is very important to find out if the regulations are being followed by contractors or anyone else installing (putting in place) new septic tanks in the community. It is a good idea to contact the local EHO to check that the necessary approval has been given to construct and/or install the septic tank disposal system.

If anyone wants to know anything about septic tanks, including the rules relating to their construction, or there are any problems with these tanks in the community, contact the EHO or Environmental Health Practitioner.