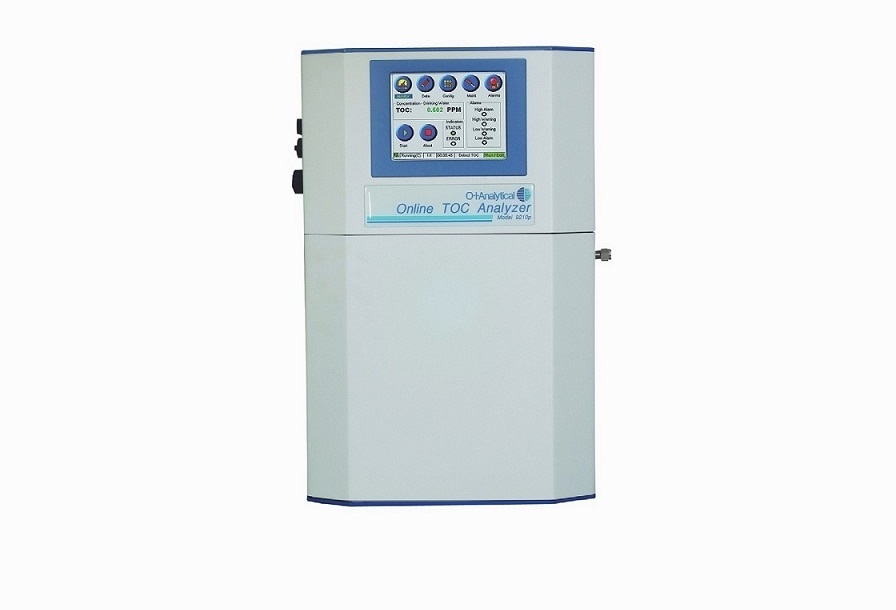 Up to 90% of the organic matter is consumed and eliminated by algae, bacteria, fungi, and other microorganisms during secondary wastewater treatment.

The test for BOD5 involves the measurement of oxygen consumed in mg/L during an incubation period of 5 days at a temperature of 20°C.

The BOD5 test can be problematic and impractical in certain situations for the measurement of organic pollution loading. Due to its empirical nature, the accuracy of the BOD5 test is dubious.

This is emphasized by a note in U.S. EPA Method 405.1, which states “There is no acceptable procedure for determining the accuracy of the BOD test.”

Another drawback of BOD testing is the presence of certain chemicals in waste streams that prevent microbes’ growth and activity, resulting in lower BOD test results. Some of these chemicals include sanitizers and cleaning agents, antibodies, chlorine, and solvents.

The U.S. EPA allows the use of TOC analysis to monitor oxygen-demanding substances in wastewater treatment plants. 40 CFR 133.104, paragraph (b) states; “Chemical oxygen demand (COD) or total organic carbon (TOC) may be substituted for BOD5 when a long-term BOD:COD or BOD:TOC correlation has been demonstrated.”

Organic pollutant loading can be evaluated at multiple points in a wastewater treatment plant through TOC analysis.

In order to substitute and report TOC values for BOD5 values, a wastewater treatment plant must perform a long-term correlation study. The results of the study must be submitted to the regulatory body that sanctioned the facility’s NPDES permit.

As part of the long-term TOC:BOD correlation study, the climatic and seasonal effects on the efficiency of secondary treatment must be accounted for, by compiling data for a year or more. USEPA-approved methods that are used for NPDES permit compliance reporting must be used to collect the TOC and BOD5 test data.

The heated persulfate oxidation technique is used by the OI Analytical 9210p On-line TOC Analyzer in the USEPA-approved Standard Method 5310C. This device can be used by wastewater treatment plants that perform correlation studies to substitute the BOD5 test values with TOC values for NPDES permit reporting.

A wastewater treatment plant must perform a long-term correlation study to substitute and report BOD5 values with TOC values. The results of the study must be submitted to the regulatory body, which sanctioned the facility’s NPDES permit. USEPA-approved methods that are used for NPDES permit compliance reporting must be used to collect the TOC and BOD5 test data.