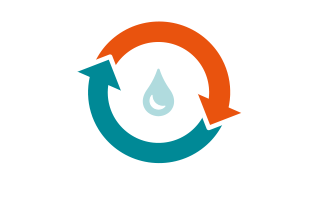 GC Solutions will manufacture a new polymer that can purify wastewater from sources such as breweries, dairies, municipal wastewater-treatment plants and oil and gas extraction sites.

The GC Solutions journey for Wages started in 2009, when he and his business partner were looking for an inexpensive way to separate algae from water, so the algae could be used as biofuel.

Through a mutual friend, Wages and his business partner at the time were introduced to a research team in Kiev, Ukraine. They asked the team, which was not working with algae, to research a gravity-based system that separates algae and water. The team ended up making changes to a Russian technology that led to Amagel.

The new polymer works well on the algae, but they found it had many other applications.

“So, next thing you know, we’re dealing with wastewater-treatment plants,” he said.

The researchers patented Amagel in Ukraine and started a separate company, VAO Productions, which has introduced Amagel into sewage treatment plants.

They expect the oil and gas industry to be the largest market for their Amagel.

Some of this waste cannot be filtered, and instead, it is pumped into deep wells underground.

During its testing, GC Solutions was able to recover 99 percent pure crude oil from the waste.

But after the fall in oil prices, breweries turned out to be the fastest way to get the product on the market. Microbreweries produce such polluted water that sewage-treatment companies are asking the companies to stop putting the waste into the larger systems, Wages said.

Most microbreweries give away their wasted grains as cattle feed because they are so wet, they can’t be sold as feed or fertilizer.

But the Amagel system dries the grains.

The New Mexico Cattlegrower’s Association is going to test the grains and yeast from Santa Fe Brewing in November to ensure they are safe for industry use as cattle feed.

In addition to breweries, there are many industries where Amagel could be applied.

Wages is working with Mountain Studies Institute on ways to treat water draining from mines.

Dairies need a way to separate manure and water after washing down their facilities, and many aging sewage treatment plants need cost-effective upgrades.

In early September, GC Solutions was recognized as a finalist at the Oil and Gas Cleantech Challenge in Denver and was invited to present to investors.

Some people at the event were interested in GC Solutions, but thus far, the company remains self-funded.

“We’ve been pilot- and field-testing in a variety of industries to this point, but now with our very first public presentations, we’re ready to raise capital investments and take our company to the next level,” Chief Operating Officer Barbara Wickman said in a statement.