'Peeling the Onion' to Get Rid of Odors Near WTP 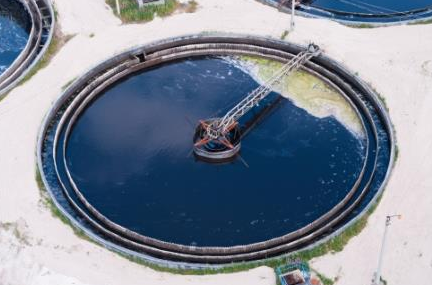 Scientists have developed a system to sample, measure, categorize and control nuisance odors from sewage and wastewater treatment facilities and are applying it from Seattle to Sydney.

Powerful nuisance odors from sewage and wastewater treatment facilities are a worldwide problem, but finding and eliminating the sources of such unpleasant aromas can be difficult. Scientists have compared the search to peeling an onion -- one layer is found and removed, but then a second and third emerge, ready to make their odoriferous presence known.

Scientists have now developed a system to sample, measure, categorize and control these smells and are applying it from Seattle to Sydney.

The researchers will present their results  at the 253rd National Meeting & Exposition of the American Chemical Society (ACS).

"Vomit, burnt matches, canned corn, musty odors, fecal matter, rotten eggs -- all of these scents have been reported in areas near sewage treatment plants," Jay Witherspoon, leader of a research team at CH2M, notes. Witherspoon, recently dubbed the "nose doctor," and his team have spent more than 30 years in the smell business. "Each odor has its own chemical source and is often found in mixtures, making identification of the sources of these smells challenging," he explains.

"People have become more sensitive to odors, and they are living closer to treatment facilities," Witherspoon notes. In the past, plants were built far from where people lived, but today homes are built ever closer to such facilities as cities have expanded. "Smells have become a quality of life issue," he says.

For field testing, Irwin Suffet, Ph.D., a collaborator from the University of California, Los Angeles (UCLA), developed an "odor wheel." It displays public-friendly general descriptions of a range of smells on the outside and the chemical composition of the smelly agents on the inside. The team uses this wheel to ask the public about a bothersome stench. To capture and measure odors, the researchers use plastic bags, metal containers, sorbent tubes, hand held devices and electronic noses.

The samples are then analyzed in laboratories using both sensitive detection devices and human panels. One of the detection devices is typically a mass spectrometer, which can help identify the compounds that make up the offensive scent. The human odor panels determine how strong and offensive the smell is to people, based on their experience.

Once identified, the chemical and its aroma can be eliminated with scrubbers, biofilters or the introduction of other chemicals that can mask the offensive one.

Over the years, the most common stink -- the odor of rotten eggs from hydrogen sulfide -- has been mostly eliminated by extensive chemical and biological odor control equipment. However, Witherspoon notes, other smells can cause concern, such as the odor of rotten vegetables that can come from methyl mercaptan and dimethyl disulfide; the canned corn smell emitted by dimethyl sulfide; the musty smells from 2-methyl isoborneol and 2-isopropyl-3-methoxypyrazine; the fecal odor of skatole and indole; and the pungent smell of ammonia.