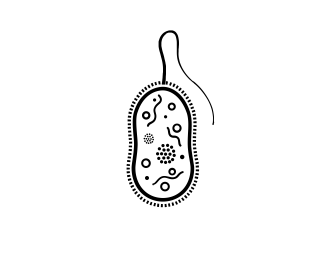 Delano will use bacteria to reduce nitrate by converting it into nitrogen gas.

The 3-year program, funded by a $5 million state grant could serve as a model for addressing nitrate contamination in groundwater.

Nitrate is the second most common contaminant in groundwater aquifers that are used by more than 75 percent of the state's regulated public water systems. It is especially widespread in the Tulare Lake and Salinas basins.

"Until now, public water systems have had to make a hard choice - either don't use the water, provide treatment or blend water contaminated with nitrate with clean water from another location," said the State Water Board's Division of Drinking Water Deputy Director Cindy Forbes in a news release.  "If successful, this pilot program could clear the way for an innovative treatment and provide another option for communities that want to treat their existing groundwater for potable use by residents."

According to a 2013 report to the Legislature, more than 680 (out of 3,037) community water systems serving nearly 21 million residents relied on a polluted groundwater source affected by one or more "principal contaminants," such as arsenic or nitrate.

Of that number, 207 water systems like Delano had nitrate detections that required blending, or another type of treatment, before it could be used as a safe drinking water source.

By turning the nitrate into nitrogen gas, the process avoids generating a waste stream of nitrates that would have to be discarded safely somewhere else.

In the pilot program, Delano is treating water from one of 14 wells that serve a population of 55,000. While this well, identified as Well 35, is currently not used for producing drinking water for residential use, the supply well was used for the pilot program because it represents a source of future supply.

Denitrifying bacteria are naturally present in groundwater, and the treatment plant where the process is occurring was specifically designed to create an optimal environment for the biological process. A portion of the water is treated biologically.

The city will be monitoring the treatment system on-site and remotely as part of the pilot program. Laboratory samples will be collected regularly and the results are reported to the State Water Board's Division of Drinking Water on a monthly basis.

To ensure optimum treatment, multiple continuous monitoring instruments and sensors are used to track the system's performance. Multiple alarms and automatic shutdowns are included, and this facility is programmed to shut down the treatment system should any problem arise.

In California, water systems use blending of water sources, ion exchange treatment, and reverse osmosis treatment to produce safe drinking water for public consumption. The biological denitrification treatment used in this pilot program is not intended to replace existing approaches. It may serve as a cost-effective alternative for a public water system to use when considering local factors and economics related to providing safe drinking water.