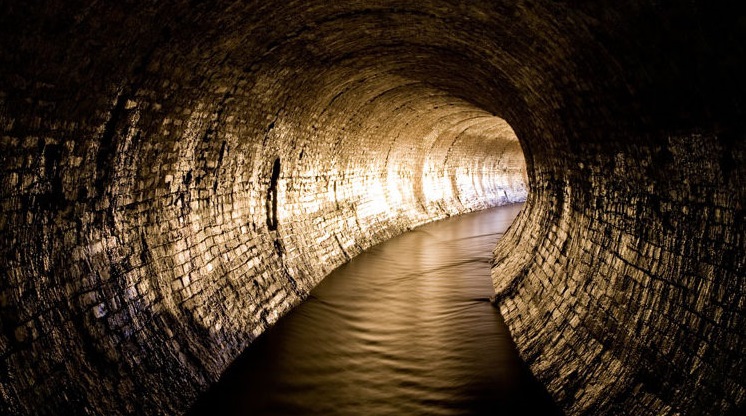 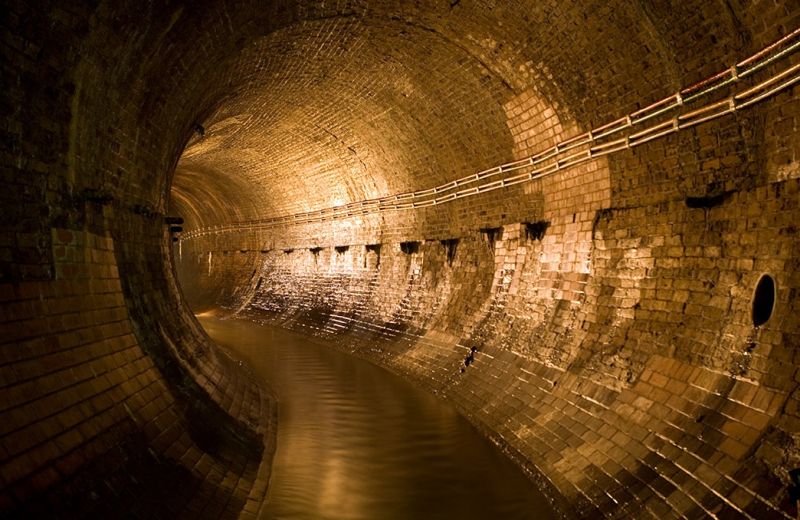 Wastewater becomes septic when organic matter decomposes and forms a foul smell due to the absence of free oxygen.

If wastewater is severely septic, it will produce hydrogen sulfide, turn black and give off a foul odor.

Problems with septicity in collection systems:

Septicity in a sewage system occurs when microorganisms use up all the dissolved oxygen and nitrates in the sewage.
Without oxygen, anaerobic conditions develop and bacteria reduces the organic compounds to Sulphur and sulfide. Then sulfate-reducing bacteria utilise sulfates to form sulfides. This results in foul odors and corrosion of the concrete pipes and mortar joints due to hydrogen sulfide.

The amount of hydrogen sulfide (H2S) which will escape to the sewage atmosphere and cause corrosion depends on the sewage pH.

H2S is a toxic, explosive and flammable gas, heavier than air with a characteristic smell of rotten eggs. It is extremely dangerous since 300 ppm by volume air can cause unconsciousness and death and the gas loses the smell quickly.

If H2S is dissolved and the oxidized the products are harmless. Sulphur is produced if the oxidation happens at pH 6-7 and at higher values 7-9 H2S is oxidized to sulfurous compounds and then to sulfate. However, since the sewer is damp and warm, it is full of autotrophic thiobacilli which will oxidize H2S to sulfuric acid.

The amount of sulfide formed in a rising-main sewer will be directly proportional to the retention time of the sewage in the main. The longer the time, the greater the amount formed.

When sewage is pumped up a rising-main sewer, without contact with the atmosphere, the dissolved oxygen, maybe initially present, will be rapidly used by microbial activity and sulfide will begin to form.

Temperature has an important effect on sulfide formation and doubles the speed of the process and the temperature increases by 10 °C within the range 5-25 °C.

Prevention of septicity can be done by :

The activity of micro-organisms which form sulfide can be inhibited by chlorine, sodium hypochlorite or a range of organic chemicals. However, to be effective they need to be added continuously which costs a lot. Additionally, the biological treatment processes downstream caused by residual chemicals or byproduct can stop sulfide from being formed.

In the presence of dissolved oxygen (DO), sulfide will not form. In rising main sewer, the sewage doesn’t have contact with the atmosphere which leads to the lack of oxygen and anaerobic conditions, especially in small-diameter pipes with a large internal surface area per unit volume.
To reduce the time needed for anaerobic conditions to form, injection of air into the sewage can be used.

Concentration of DO in sewage depends on turbulence in the sewer and the rate of respiration of the micro-organisms.
The DO in aerobic sewage which will be used by microorganisms in rising main sewers depends on the 'age' and temperature of the sewage and the area of the submerged surfaces.

The respiration rate of the sewage is affected by the number of microorganisms, which increases with the time sewage is retained.
In practice, the rate of uptake of DO by sewage varies from 2 to 3 mg/l h for 'young' domestic sewage, up to 14 mg/l h at 15 °C, as the sewage 'ages' during its aerobic passage through the sewerage system.


An alternative to injecting oxygen into sewage entering the rising main, oxygen can be injected before it leaves the discharge end of a main to oxidize the previously-formed sulfide.

Additionally, recirculation of sewage in a relatively short length of the main near to its discharge end could be implemented with a small pump working continuously. This way the sewage could recirculate several times in this short length.

Therefore, chemical containing nitrate are used to prevent sulfide formation in rising main sewers. These chemicals contain an oxidized iron salt (Iron(III) sulfate) and nitric acid, and have effect if by the micro-organisms do not totally use up the nitrate, otherwise septicity will happen even faster due to added iron ions and Iron(II) salts which are corrosive will be formed. The sulfate anion of the added Iron(III) salt may also reduce sulfide formation. Therefore, if the wrong amount of nitrate is added the odors may increase and even more corrosion may happen.

It is extremely important to precisely calculate the required amount of nitrate which should be added.

The amount of nitrate differs depending on

In order to reduce H2S, the pH value of sewage can be increased by adding lime (sodium hydroxide is the best option). This reduces the emission of H2S and inhibits bacterial action.

Increasing the pH above 9 with alkali is more expensive and not easy to control and could cause alkaline odors. However, in small diameter rising-mains here the sewage retention time is long the cost may be similar to oxygen injection, chlorination, or the addition of other chemicals.

It is not possible and it is very expensive to try to stop the sulfide production to zero at all times.
Level of sulfide should be adjusted to prevent corrosion and avoid odors.
Sulfide concentrations shouldn’t exceed 0.5 mg/l since they would cause corrosion.

Additionally, soluble BOD could be converted into sludge to control septicity in rising mains. This could even eliminate the need for secondary treatment.

It is also necessary to examine the cause of septicity before trying to prevent it.

Septicity can be controlled by:

To reduce costs, the chemicals do not necessarily need to be added as part of the treatment but instead they could come from industrial effluents.
Nitrates can come from meat preservation, sodium hydroxide from textile industry and iron salts from steel manufacturing or steel products.