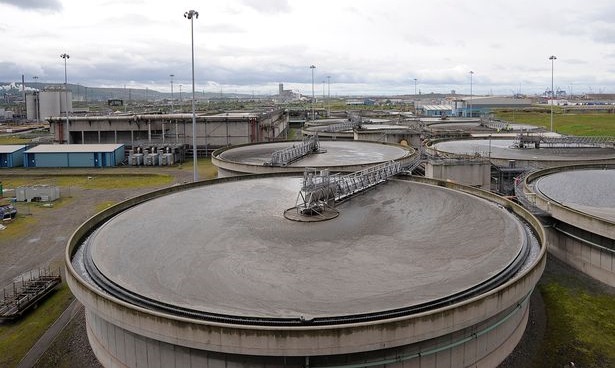 Northumbrian Water uses anaerobic digestion to capture the methane and carbon dioxide released by bacteria digesting the sludge and uses it to produce renewable power.

On average each of us generates 135 to 180 litres of sewage a day - an estimate that includes the waste water from our baths, sinks and washing machines as well as faeces and urine.

Northumbrian Water is one company that is now a recognised expert in the use of what it calls "poo power" - using human waste to generate gas and electricity.

The water firm was the first in the UK to use all its sludge - the goo generated after raw sewage has been treated - to produce renewable power.

As Richard Murray, head of waste water treatment at the firm, says, recycling was "not at the forefront of everyone's mind" in the 1990s. "We just wanted waste to disappear," he says.

Crucially, says Mr Murray, the process meant turning sludge from "a cost to something that gave us a bit of income".

Northumbrian now uses anaerobic digestion to capture the methane and carbon dioxide released by bacteria, digesting the sludge and uses it to drive its gas engines to create electricity. It also injects some gas directly into the grid.

It has two biogas plants, which together have reduced the firm's annual £40m electricity bill by around 20%. In total, Mr Murray estimates it has saved the firm £15m a year.

If all of the world's human waste were to be collected and used for biogas generation, the potential value could be as high as $9.5bn or enough to supply the electricity for 138 million households - around all of Indonesia, Brazil and Ethiopia combined, the United Nations has calculated.

On a global scale such processes have enormous potential.