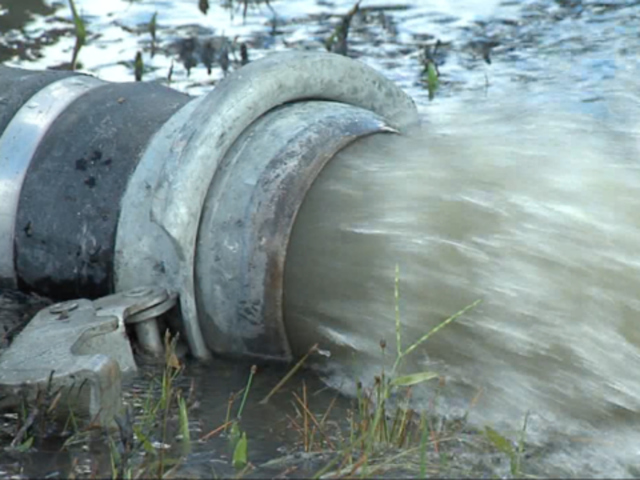 University of South Florida researchers investigating the aftermath of a September, 2014 sewer line break in St. Petersburg, Fla., have found dangerous antibiotic-resistant bacteria in the untreated wastewater that gushed into neighborhoods and into Boca Ciega Bay at a rate of 250 to 500 gallons per minute. Their findings, just published in Applied and Environmental Microbiology raise several significant public health concerns.

First, a strain of bacteria found in the water tested resistant to vancomycin, an antibiotic considered to be a "last resort" treatment for serious infections that do not respond to other antibiotics. Second, the combination of aging sewer infrastructure and an increase in stormwater flooding with extreme rain events increases the likelihood of more spills occurring and continuing to spread these dangerous, drug-resistant bacteria in populated areas. Finally, the researchers found that the vancomycin-resistant enterococci (VRE) bacteria found in the untreated wastewater contains a gene capable of transferring vancomycin resistance to other strains of bacteria. This fuels the greater problem of increasing antibiotic resistance among other kinds of bacteria.

"While we have known that raw sewage contains many disease-causing bacteria, this experience tells us that sewage and fecal pollution also carry vancomycin-resistant bacteria," said Dr. Valerie Harwood, a professor in the USF Department of Integrative Biology and study co-author. "Most VRE are confined to hospitals, but detecting them in waters of the Tampa Bay community is quite concerning. People need to be aware of what may be entering the water after heavy rains, accidental spills, or after intentional sewage releases."

According to study lead author, USF PhD student Suzanne Young, their finding is also a public health "wake-up call" to be more prudent with the use of antibiotics in both humans and animals.

"The more antibiotics we use - in both humans and animals - the more the antibiotic resistant organisms and antibiotic resistance genes can enter the environment and contribute to the spread of antibiotic resistance, especially for those drugs considered the "last resort' for many infections," explained Young. "Also, we need to invest in more sustainable infrastructure for managing storm water and wastewater to decrease the frequency of sewage spills."

The researchers also called for more monitoring of VRE and the presence of resistance genes outside of the hospital setting where they are more commonly found.

According to the authors, the bacteria they discovered in the sewage spill waters - VRE - are on the U.S. Center for Disease Control's list of serious threats.