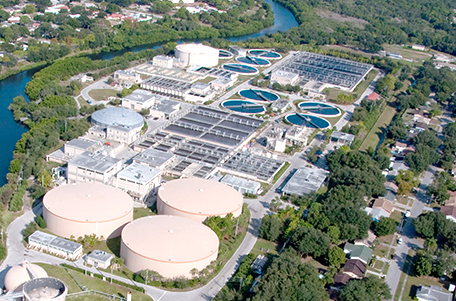 Complexity with enterprise architectures is keeping many IT directors and plant managers up at night as they wrestle with multiple platforms within a plant. These multiple layers of application platforms, often requiring proprietary protocols, have been added over the years as operations scaled through acquisition or organic growth.

Solutions for addressing this growth in plant complexity can include a unified automation strategy, industrial networking gateways and/or IT strategies. Pinellas County Utilities (PCU), which manages water and wastewater for the area around St. Petersburg, Fla., has focused on IT upgrades to deal with this continuous growth for more than decade.

“The utility had been using a cluster server approach up to that point, but realized the savings and efficiency potential that the new servers, partnered with Dell’s VMware, could provide,” says Mark Jankowski SCADA coordinator at PCU.

The consolidation of server technology and the move away from a cluster architecture allowed PCU to reduce licensing costs while still having critical redundancy for multiple historians and support for thin-client machines in four plants. The utility uses four Stratus ftServer 4500 systems to run a Windows server, the Wonderware platform, Microsoft products and the OPC-based KEPServerEX.