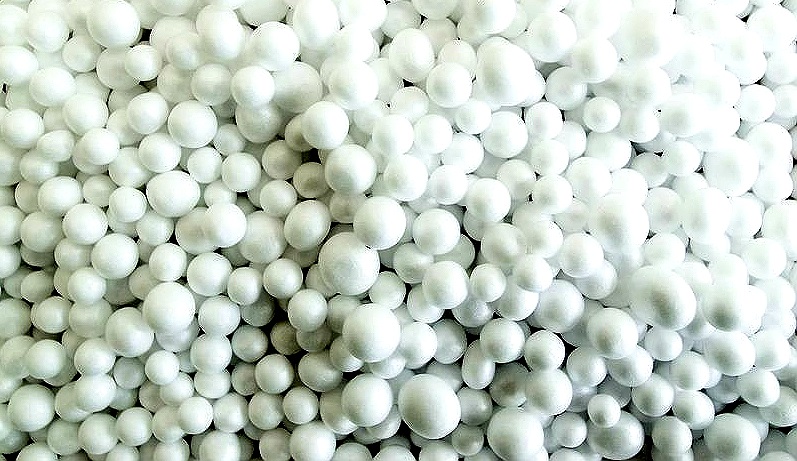 Polystyrene beads, on which the microorganisms from sewage will attach and grow and consume contaminants in the waste water, will be used in filtration cells at Owen Sound's waste water treatment plant.

18 transport truckloads of tiny polystyrene beads – about $500,000 worth – will be blown into the six newly constructed filtration cells at Owen Sound's waste water treatment plant.

It's on those media that microorganisms from sewage will attach and grow and consume contaminants in the waste water, such as phosphorus, ammonia and suspended solids.

The process is part of biological aerated filtration (BAF), a secondary level of sewage treatment.

Matt Prentice, the city's manager of water and waste water, said adding the media to the BAF system is a key milestone of Owen Sound's $48-million project to upgrade its sewage plant from a primary level of treatment.

“It's a significant step because once the media is in there and we finalize all of our instrumentation and equipment checks, we can start feeding sewage into that process and start actually making secondary effluent,” he said in an interview.

Prentice said he expects sewage will start to go into the BAF cells in late February.

Three truckloads of the beads go into each tank. The process takes about a day per tank.

“Every secondary sewage treatment process uses bacteria that you grow on purpose in order to treat the pollutants in the waste,” Prentice said.

The beads also act as a physical filter for the sewage, which is pumped into the BAF tanks.

The upgrade to the treatment plant is the largest single capital project in Owen Sound's history.

City officials say the system will improve the efficiency of the waste water treatment process by about 40 per cent.